Verbal Agreements: what’s your word worth? In the everyday hustle and bustle of business, you could be forgiven for assuming that whatever sale you’re negotiating or venture you’re collaborating on, the deal isn’t done until the contract is signed – wrong. The recent case of Yulema Pty Ltd & Anor v Simmons & Anor [2015] NSWSC 640 is a timely reminder that a verbal agreement can be every bit as binding as a written one. In a fast paced commercial environment, when might those ‘discussions’ come back to bite?

In its most basic form, a contract is simply a collection of criterion, much like Marvel’s Avengers. Independently these criteria have little potency but once assembled, become a force to be reckoned with. The fundamental elements are the making and acceptance of an offer, certainty as to the essential terms and an intention to create bindinglegal relations – all of which can be achieved verbally. The Nick Fury to an otherwise motley crew, the glue that binds them all together, is”consideration” – an exchange of value (whether cash, goods, services etc). Together, they give rise to an “enforceable” agreement.

Yulema concerned a 2009 transaction where various parties were negotiating a buy-out. One such party (Yulema) owed a $1.04million debt to another – the resolution of that debt threatened the negotiations. In an effort to expedite things, a Mr Roche gave an oral undertaking to assume partial liability for the debt. The arrangement was informal and never reduced to contract but two years later, Yulemasought to enforce it to the tune of over $350,000. The NSW Supreme Court upheld the claim; there was sufficient offer, acceptance, certainty,value and intention to give rise to a binding and enforceable agreement.

As with Mr Roche, too often people feel compelled to rush into a verbal agreement to secure a deal. They give assurances and make representations to ‘lock in a good price’, or pay a deposit to ‘get it before someone else does’. Where these agreements arise, there is always ambiguity which breeds disagreement, expense and often the dissolution of what could otherwise have been a profitable relationship. If circumstances compel entry into a verbal agreement, take steps to mitigate your risk: keep detailed records of any discussions or correspondence with the other party. In the event of dispute, this will assist a court to determine the true terms and intention of the deal.

Of course there are legislated exceptions and mitigating circumstances, but our tip? Keep the money in your pocket until you’ve got it in writing. 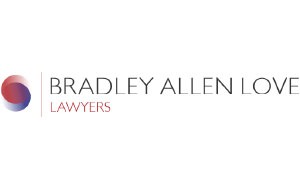 A memorandum of understanding (MOU) can be a useful mechanism to facilitate a comforting commitment between two parties to either...
Read More

Agreeing to agree? Be careful what you wish for!

Whether you call it an MOU (or memorandum of understanding), a Heads of Agreement or something else, form can never...
Read More

These days, information is can be the most valuable asset a business can own - so how do you protect...
Read More

When it comes to a company, the corporate "constitution" is often assumed to be the most important document when it...
Read More