Disposing of assets after separation – “add backs” becoming a thing of the past? 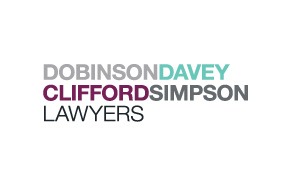 Until recently, the Family Law Courts often treated property disposed of by a party after separation as notional property and “added back” the value of that property to the pool to be divided. The Court would often take this step if:

1. The asset was deliberately disposed of for the purposes of reducing or minimising the value of the matrimonial assets;

2. One party acted recklessly, negligently or wantonly with matrimonial assets and that reduced the value of those assets or the pool;

3. Money spent on legal fees had come from joint funds;

What is the current approach to “add backs”?

For example, if a husband spends $50,000 from joint funds after separation on a luxury holiday, the Court might make an adjustment against the husband such that he will receive less of the property pool than he would have received, if he had not spent that money.

Ultimately, any adjustment made by the Court must be subject to the overarching consideration that it is “just and equitable”.

What does this mean if you are going through a property settlement?

Negotiating and settlement takes time; litigating an outcome can take years. Pending a property settlement, people still need to get on with their lives. Assets disposed of in order to meet “reasonable living expenses” are not likely to be taken into account in an adverse way against the party who utilised those assets.

In the context of a family law property settlement, the issue of how to deal with assets that have been disposed of is complex and it will depend on all of the circumstances involved. It is important to obtain specialist advice to ensure that your property settlement is fair for you.

If you have any queries regarding your property settlement, you can make an appointment to discuss with one of our family law team.

Separation and formalising your property settlement

Have you recently separated from your partner? Have you formalised your property settlement by way of a Consent Order or...
Read More

For many people, the end of a relationship is a time of change and upheaval. One of the many things...
Read More

I can’t afford to fund my family law litigation – what can I do?

This is a common question faced by many people who separate. Litigation can be expensive and it is not uncommon...
Read More

Selling or keeping the family home after separation

One question that commonly arises after the breakdown of a marriage or a de facto relationship is deciding what to...
Read More