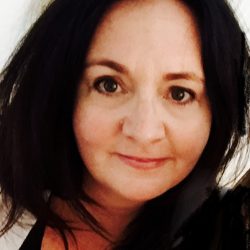 Edwina Mason has worked as a journalist and editor in regional and metropolitan media for over 30 years. Her loop of NSW regional newspapers includes Young, Griffith, Armidale, Singleton, Camden and Queanbeyan before she joined Eric Beecher's Text Media Group. There she transitioned from print to online media initially in content strategy, then as an editor at News Ltd and over to ninemsn where she was head of News, Current Affairs, Technology and the network home page.

A couple of years living in Toronto, Canada found her learning the art of documentary film-making in the Mississippi Delta before she returned home to live. A year of planting trees later she joined the Young Witness as its managing editor. Then it was over to learn the political ropes under Member for Cootamundra Katrina Hodgkinson before she became Senior Electorate Officer for Katrina's successor Steph Cooke.

Home is the family farm at Thuddungra where she's laid her hat, surrounded by too many four-legged critters for her brother's liking. Now breeding quarter horses with her partner, she feeds, rides and pats cutting horses morning and evening around her About Regional work.

Atop hill or down valleys, for many farmers and residents living in south-west NSW, there was always looming exasperation when it came to mobile phone and internet coverage. It seemed that once a black spot, always a black spot. And that felt a bit like the cart, led by a blinkered horse, lumbering clumsily along a rough track while just...
Read More